“The playwright has sharp insights into ironic aspects of bereavement. The work has a genuine theatricality that is deepened by the intelligent direction and performances … the play flows seamlessly through the halls of reality and fantasy.”

“Nasty Rumors and Final Remarks is an extremely intelligent and unsentimental play about death. Miller avoids the easy clichés of those recent Broadway works which practically made dying a genre, and she gives us a work of cool insight into everyday life which, when suddenly interrupted remains everyday life. Nasty Rumors is a serious social comedy.”

“Miller’s protagonists are brilliant and charismatic and they fascinate and bewilder their admirers of both sexes. Miller is a brave dramatist, in touch with my life and I’m sure others as well. When her characters ramble through the corridors of Robert Yodice’s interesting set, they come to inhabit the corridors of the mind as well. They will be important to me all my life. I can offer no playwright any greater tribute than that.”

“Miller’s startling bursts of eloquence in the hands of a finely tuned cast make much of the play compulsively listenable. It’s a difficult, demanding, sometimes startling drama, which the St. Nicholas very bravely has given a very strong production.”

“Susan Miller’s Nasty Rumors and Final Remarks is perhaps the strongest of the entire genre because she absolutely avoids unctuous sentimentality.”

About Susan Miller
by Jonathan Schwartz
from THE VILLAGE VOICE

As we all know, Lenny Bruce never lived to observe the world according to Sondheim. And he surely would have noticed that the leotards of A Chorus Line were woven from a different fabric than Fred’s. I think of Lenny a lot, in spite of Albert Goldman. I wonder what he would have thought of such and such, of so and so. It has to do with truth. Lenny told the truth. So what I’m really asking Lenny in my mind is: “Is so and so a liar? Is such and such false?”

It is 1979, and Fred is camp and Lenny is dead. Screwed-up women are writing books and making fortunes. They say they are telling us the truth; who slept with whom, what drugs were taken where and when, who got custody of the children—photos of the children are in these books. Lenny would recognize these women in a moment: liars. But if he were to leaf through the pages of Susan Miller, the playwright, he would stop, pull up a chair, and begin to read carefully. “Now wait just a second,” he might say. “I think we’ve got something here.”. . . more

Back To Press   Back To Plays 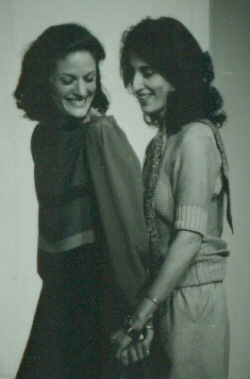 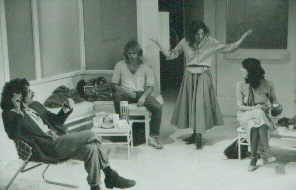 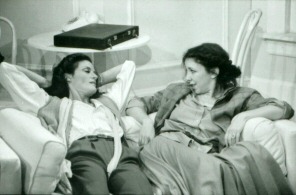 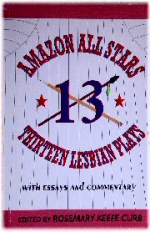