Susan Miller is an OBIE award winning playwright and Guggenheim Fellow whose work includes the critically acclaimed one-woman play, My Left Breast (Obie), which premiered in Louisville’s Humana Festival and has been performed across the U.S, Canada, and France. Her play A Map of Doubt And Rescue won The Susan Smith Blackburn Prize, as well as The Pinter Prize. Her play Average American recently won 2nd Prize in the 2014 Arch & Bruce Brown Foundation’s Playwriting Competition. A recipient of two NEA’s & a Rockefeller Grant, Miller received her first OBIE for Nasty Rumors And Final Remarks. Her other plays include: For Dear Life,  Flux,  Confessions of A Female Disorder,  It’s Our Town, Too, and Reading List.  She’s been produced at The Public Theatre, Second Stage, Naked Angels, New York Stage & Film, The Mark Taper Forum, with developmental support by The O’Neill National Playwrights Conference, Ojai Playwrights Conference, The Playwrights Center, among others.

Her articles have appeared in O, The Oprah Magazine, American Theatre, The Dramatist, Girlfriends, The Bark, and  MS.

Miller was a Consulting Producer/Writer on the first season of The L Word as well as ABC’s landmark series, Thirtysomething. She’s written original screenplays for Disney, Universal, Warner Brothers, and her short film, The Grand Design, was directed by and starred Eric Stoltz with Frances Conroy.

She is the Executive Producer/Writer, with Tina Cesa Ward, of the highly acclaimed Indie web series, Anyone But Me, which airs on Hulu & YouTube and has over 50 million views worldwide. For her work on Anyone But Me, Miller & Ward won the Writers Guild of America Award for Outstanding Achievement in Original New Media, the first of its kind ever presented.

Miller is also the Creator/writer of Bestsellers, a webseries about women in a book club. 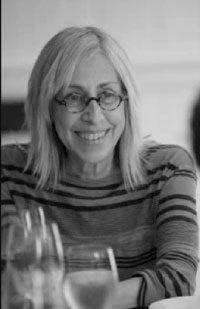 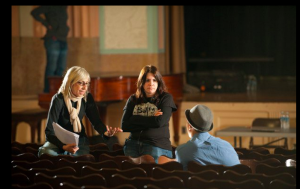